I’ve spent the last few years coaching teams and introducing them to Mob Programming. I was fortunate to get to coach with some of the finest technical coaches, Industrial Logic consultants Tim Ottinger, Michael Rieser, Bill Wake, and Steve Ropa. During our time together, coaching over a dozen teams, we’ve discovered a set of starter practices that help teams find early success with Mob Programming.

Mob Programming is a fantastic way to teach technical practices like Test-Driven Development (TDD), refactoring, legacy code techniques, evolutionary design, etc. Teams adopt these practices quickly and continue to improve through mob programming sessions. More importantly, Mob Programming is a practice that helps teams increase the quality of their work AND the quality of their interactions.

As a companion to mob programming coaching sessions, I created a quick start guide that distills these recommendations into a short one-page poster that can be kept by the team’s mobbing workstation. 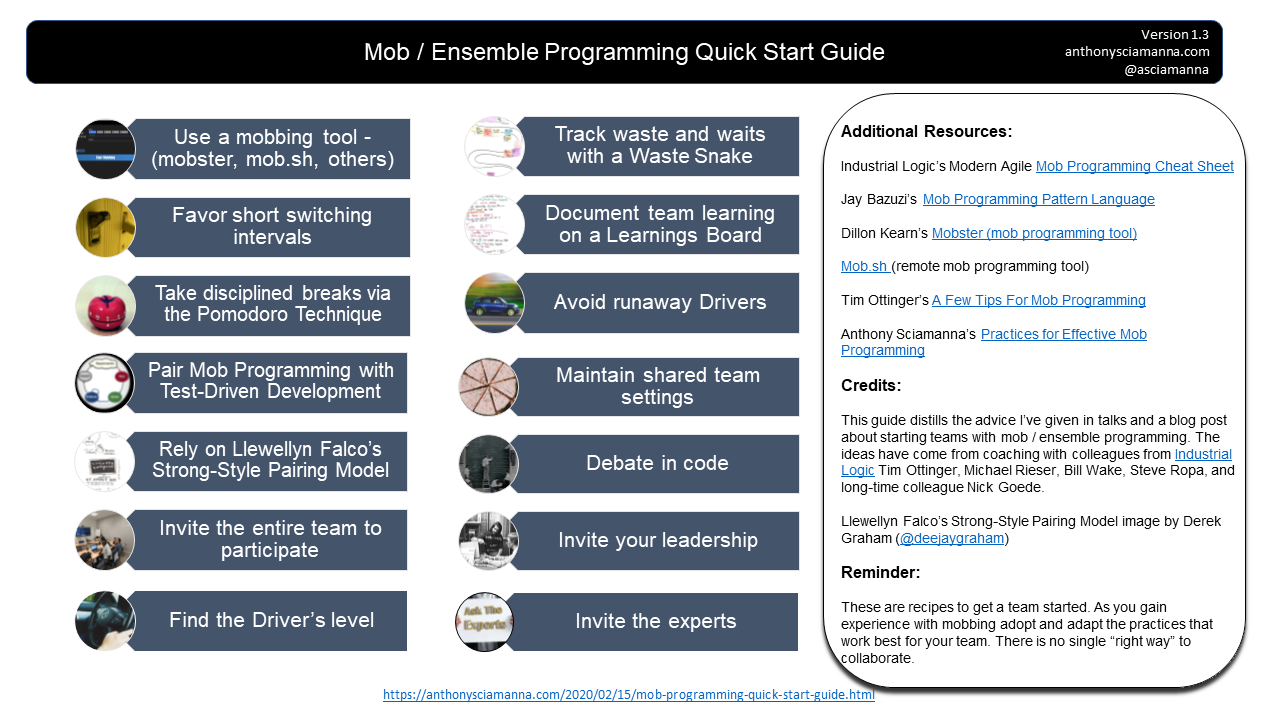